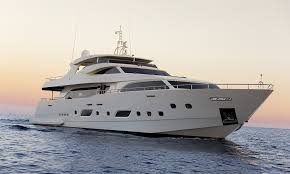 “The season of Caribbean racing is currently underway with the Grenada Sailing Week 6th edition that held between January 28th to February 1st.

To take part in the race, 40 boats, which is a record fleet assembled at Port Louis Marina, and this was my first year of racing in this event, my excitement was at the top see the so-called “friendly island”. Just according to my expectations, the other fellow participating in the race brought their A-game. The official of the race and volunteers had a single goal in their mind and that was great racing, tons of fun and excellent hospitality!

The race started on Monday, and this started at the Island’s south end, which is just on the west side of the airport, off the beach pristine Grand Anse. My knowledge about the place played an important role to keep me confident and balanced in the pressure. A large number of local teams played often at the shoreline, which gave them famous “elevator lifts” to take one-tack the top end of the race course.

This made the big puff and holes, which was something to keep an eye out for! The second day two was not like the first very much, the condition was puffy and this made the racing conditions unpredictable and full of fun.

This reminded me of my college sailing, the last day of the race was had some different experience, it started with downwind and really fun.